Chef Stefan van Sprang, a charming two Michelin-star-chef, was raised between the pots and pans. His father was a cook and vinologist, his grandpa was a pastry chef and his mother cooked like a chef at home. With this background, his career choice wasn’t a hard one. After finishing high school, he went to a college that specialized in hospitality. He did internships at Maison van de Boer and eventually ended up in the kitchen of Cas Spijkers.

Cas Spijkers was the Chef Patron of the internationally acclaimed, two-Michelin-star restaurant De Swaen in Oisterwijk. This is where Van Sprang learnt the tricks of his trade. After a year and a half, it was time to leave the Dutch countryside. Cas Spijkers arranged a job for him in Amsterdam. At ‘t Jagerhuis, Van Sprang started to work under Ron Blaauw. It was a challenging time for him, as the restaurant had a completely different vibe than what he was used to. The restaurant was busy from lunch till dinner and 80-hours workweeks were no exception. Van Sprang was trained here as a rotisseur and was responsible for meat and fish. Van Sprang followed Ron Blaauw when he decided to open his own restaurant in Oudekerk.

This is where Van Sprang met Robbert Veuger, the sommelier. Despite their differences, the two eventually became friends. At Ron Blaauw the first Michelin star took a while. In 2005, six years after the opening, the restaurant was finally awarded a Michelin star. The second one came immediately after in 2006. This is when Van Sprang was approached by Ad Hesterman, a real-estate developer with a dream. He wanted to own a top-notch restaurant and hoped that Van Sprang would join him in this adventure. Van Sprang decided to check out the location that same night together with Veuger. When they arrived, it was nothing more than a burnt-down Japanese restaurant by the edge of the water in Amstelveen. But it didn’t matter, it felt right. That night he asked Veuger if he wanted to join him in this adventure as a partner and, of course, as maître sommelier.

In 2007 a new restaurant arose from the ashes. It had a beautiful view of a small lake and the Amsterdam forest. The name “Aan de Poel” (at the water) was a no-brainer. Shortly after the restaurant opened, with room for 80 and a beautiful terrace, it got noticed by the national press. Special Bite [a culinary website] lovingly renamed the restaurant “Cool aan de Poel” (Cool at the water) and stated that it had the best terrace in the province. After just one year, they received their first Michelin star; the second one came in 2012.

The restaurant differentiates itself from other two-star restaurants with its attitude. Van Sprang and Veuger are still the same down-to-earth guys they were when starting the restaurant. This makes for a less stiff experience. Besides that, their prices are very competitive for a two-star restaurant, making the experience accessible to a broader audience.

In 2015 Van Sprang was asked to help restaurant De Kersentuin of the Bilderberg Garden Hotel in Amsterdam. They wanted to lift the experience of their restaurant. Van Sprang seemed to be the right man for the job, and he sent his sous chef (Wessel Ruijmgaart) to take the lead at De Kersentuin. The restaurant now serves star-quality food and is a hotspot in the city.

This success did not go unnoticed. Van Sprang and Veuger published an Aan de Poel book, which tells the story of the restaurant by the seasons. It came in a luxurious box and included recipes. It was (another) a great idea and the limited edition culinary tale sold out instantly. In October this year Aan de Poel will celebrate its 10-year anniversary. In honor of this anniversary, they will publish a second book: Signature. With 2000 copies for sale, this will be a limited edition. In the book, they will give us a sneak peek behind the scenes of the restaurant and will take you on a trip down memory lane.

How was your first meeting 16 years ago at restaurant Ron Blaauw?

Robbert: “At first, it was difficult. We were not friends right away.”

Stefan: “I was quite a difficult chef!”

Robbert: “There was always a war between the kitchen and waiting staff. I still remember that a guest wanted to order a second bottle of a top-shelf wine. Because of that, I had to ask him if the next course could be pushed back a little. Oh man, that didn’t go over well. The next course had to be served now. You didn’t care about the wine.”

Stefan: “Yes, it wasn’t easy, but I always respected you and eventually we grew closer. We had to perform at the top of our abilities. But after a hard day of work, at home I always thought, ‘Robbert is a real craftsman!’”

Robbert: “At one point, Stefan also saw that the kitchen and waiting staff had to work together. He was standing there in the kitchen and could not see what was happening in the restaurant. He needed us for that!”

Stefan: “That’s why I decided that at ‘Aan de Poel’ (despite the fact that there is an open kitchen) I come and give the guests their menu. For me this is a chance to get to know them and their wishes.”

Was it a tough time at Ron Blaauw?

Robbert: “Yes, but also a lot of fun! Something very real was happening there. You can still see that now, when you look at the old team (Menno Post restaurant Bokkendoorns, Joris Bijdendijk restaurant Rijks, Andre Gerrits Amsterdammertje, Egon van Hoof Restaurant MOS) everyone now has a Michelin-star restaurant!”

At Ron Blaauw you experienced what it means to get a first and second star. How was that?

Stefan: “I remember sitting at one of the workbenches with Ron Blaauw. We didn’t have a star yet and I was on the verge of crying. Ron said that if we didn’t get the star that year, he would turn the place into a bistro. Luckily, we did get a star, otherwise I would have left.”

Stefan: “It felt like we had won a gold medal at the Olympics; we were the culinary top of the country!”

Did you have plans for your own business before you got a chance at this location?

Stefan: “Not at all, we were just working hard and having fun.”

Robbert: “No, I really liked my job. We were still innovating and I was really happy there.”

How did they respond when you both announced that you were leaving to start your own restaurant?

Robbert: “Yeah that was a small war…”

Stefan: “I didn’t experience it like that, but I found it a really hard thing to tell. I had never talked about owning my own restaurant, so Ron thought I would work for him until I turned 50.”

At “Aan de Poel” you got your first star after one year. How was that?

Robbert: “Yeah it felt too soon for me. We were already super busy; people had to get their own coats out of the wardrobe. That was so different from Ron. Everything was already in place when he got the star. Two weeks after the financial crisis started, all restaurants had a 25% loss but we had an increase of 25%!”

Stefan: “One of the newspapers wrote: ‘Michelin star is a life buoy for Aan de Poel’.”

Robbert: “And it truly was; we had no buffer so we probably wouldn’t have survived the crisis otherwise.”

And then the second star. Did you expect it this time?

Stefan: “We were both still in bed, absent at the time of the award ceremony.”

Robbert: “My friend Francois Geurds (restaurant FG ** Rotterdam) woke me up and I thought that he had gotten a second star. We usually joke around on the phone, so when he said we were given a second star I did not believe him. But in the meantime my phone was blowing up with messages and 300 missed calls! That’s when I realized he wasn’t kidding! (laughs)”

Stefan, you also manage De Kersentuin by Aan de Poel in Amsterdam. Is it hard to combine the two?

Stefan: “No, but only because I have a good chef there (Wessel Ruijmgaart) who worked with me at the Poel for six years and knows what and how I want things to be done in the kitchen. I gave him the space to develop in that kitchen and he is doing a great job!”

“When you have success or you like something, time moves really fast.”

You’ve had an interesting mix of guests over the past years. What is your favorite story?

Robbert: “Our new book Signature is full of great stories! But all right, my favorite: I’m talking to a guest who is accompanied by a beautiful woman. She gets up and goes to the restroom, and when she returns I am still there, talking to him. She gives him something under the table and without thinking the man held it up to see what she had given him. It turned out to be her thong… That is the moment I wished for invisibility! (laughs)”

“My cooking style is fresh, frivolous, light and playful. I really let you taste meat and fish, so no flavors that are overwhelmed by others.”

Your new book tells the story of 10 years Aan de Poel. Is there something you wish you’d done differently in the past 10 years?

Stefan: “The only thing I can say is that we are victims of our own success sometimes. We can’t stay away from the place!”

Robbert: “Sometimes I decide to take the weekend off. But then I see that certain people have reserved a table and, oh well, there is always a reason to be at the restaurant.”

Stefan: “It is what it is. I mean, it’s also how we earned those two stars!”

Want to know more? The book Signature will be available in October.

no guts no glory 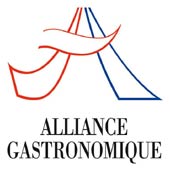 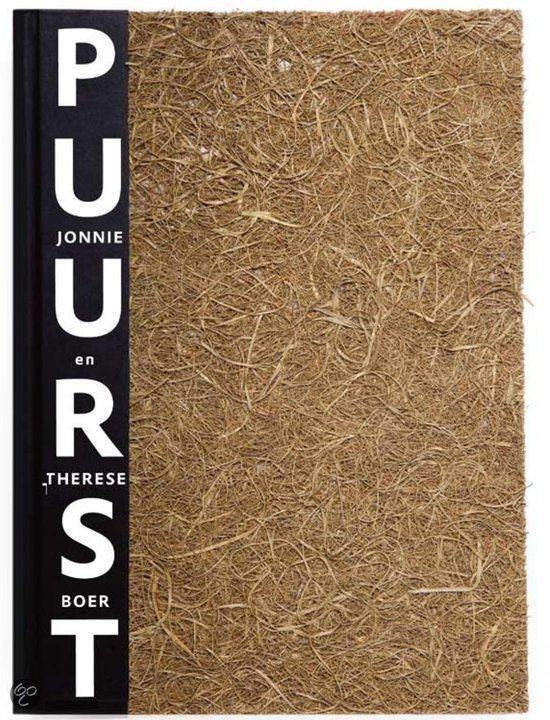